The Hotel Three Storks is located at Valdštejnské náměstí, in the neighbourhood of the Valdštejn Palace.

The first mentions of the history of the house, also known as the Altmann House or the House at Three Storks, appeared in the 14th century. At this period, the building housed the first St. Thomas monastery brewery founded by the Augustinian order.

Only a large Gothic cellar has been preserved from this time until our age. The building underwent an expansive Renaissance reconstruction in the first half of the 17th century. At that time, the house got its name At Three Storks based on the house sign with a relief of three storks.

The current design of the facade originates from a Classicist reconstruction that took place in 1794 and 1820. This reconstruction connected the original house with neighbouring buildings and gave the house its current shape. From that time comes also the facade with the house sign made of a stone plate and the gateway.

The period of the 1930's marks the beginning of the history of the renowned restaurant Valdštejnská vinárna that carries the name of a famous Czech noble family and that has been popular amongst a number of famous people.

Located in Prague’s Lesser Town, the luxurious design hotel Three Storks is set in a historical building dating back to the 14th century, when it was home to a monastic brewery. Charles Bridge is just a 5-minute walk away.

The Three Storks offers rooms with design furniture, ultra-modern bathrooms and air conditioning with individual controls. Every room is equipped with flat-screen satellite TV, DVD players with a rich choice of DVDs and free Wi-Fi.

All rooms offer views over the city’s red rooftops, but the best rooms also have views over Prague’s Castle, which is 300 metres away.

The elegant lobby bar has an extensive drinks menu and a covered patio with glass ceilings.

The Three Storks Hotel also offers a shuttle service (for groups between 4 to 8 guests) to and from Prague Ruzyne Airport and Hlavní Nádrazí railway station. 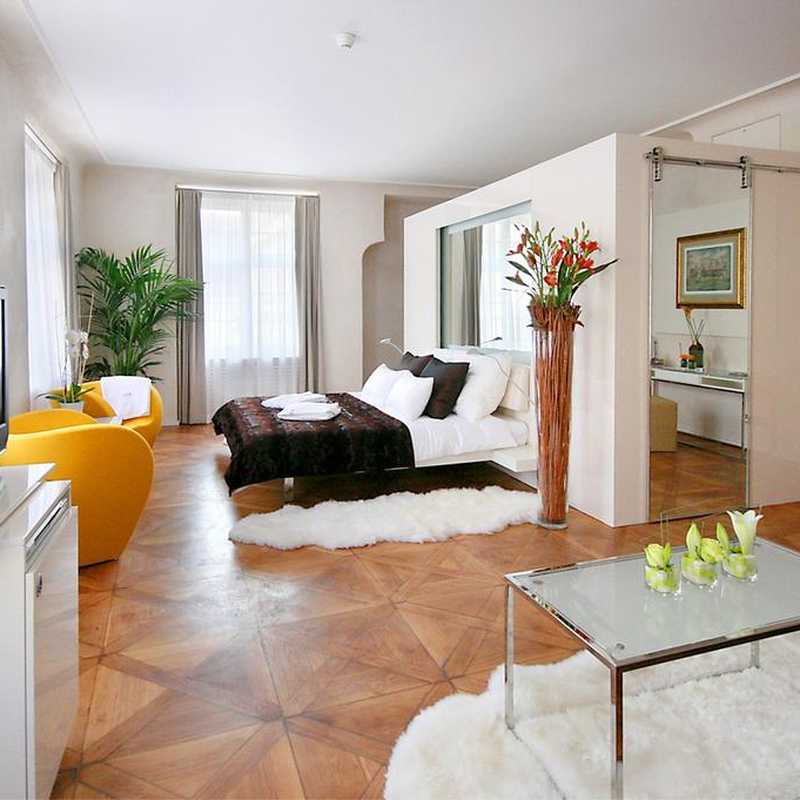